Working Out in the Global African City 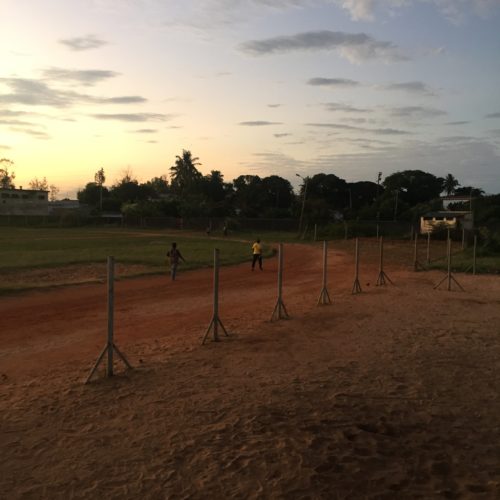 We have never been fatter. Even sub-Saharan Africa, a continent better known for its famines and chronic malnutrition, is now facing a growing obesity epidemic (Gettleman 2018; WHO 2018). But we have also never been fitter, with fitness becoming an increasingly mainstream pursuit. Indeed, the world is simultaneously experiencing an “obesity crisis” (Ulijaszek and Lofink 2006) and a “fitness revolution” (Andreasson and Johansson 2014). Again, Africa is no longer an exception to these trends. Anyone who has been to an African city recently would likely testify to the striking visibility of people working out. How do these two seemingly contradictory phenomena, which have only recently started spreading across sub-Saharan Africa, inform one another? How do they intersect with the rise of the middle class?

I examine these questions in Mozambique, an unlikely place for a fitness revolution, yet one where exercising is now all the rage, especially in urban areas. Through a study of the wellness journeys of middle class Mozambicans with varying levels of fitness, I interrogate the changing relationship between class and the body engendered by the growing popularity of fitness. I ask how globally circulating ideas about wellness and personhood that promote self-improvement, discipline and productivity are received and appropriated in an African context. These are timely questions that help qualify narratives of “Africa rising” and that add an overlooked element in global health debates.

If wealth and status have commonly translated into particular kinds of bodies—bodies that can accumulate fat and bodies that can avoid sweating— the globalization of obesity and of fitness are provoking a redefinition of the articulation between social class and key bodily substances, namely sweat and fat, that have yet to be examined anthropologically.

The projects aim to contribute to our understanding of the transformation of wellness aspirations in an African context, while bringing into dialogue fields that are being developed independently, namely medical anthropology, the anthropology of sport, the anthropology of bodily substances, and recent studies on the rise of the middle class in Africa.

The project’s findings will be of interest to anthropologists and sociologists of sport and of health, to Africanist scholars, as well as to policy makers and other observers in the areas of public and global health.

In shape in Africa: a study of the wellness aspirations of Mozambique’s rising middle class (FRQSC-funded project (2019-2022)

Working out in the global African city: class, gender and the body (SSHRC-funded project 2019-2021)

I’m an Associate Professor in the Department of Sociology and Anthropology at Concordia University. Before joining Concordia in 2016, I spent a decade studying and working in England. I received my PhD in Anthropology from the School of Oriental and African Studies, University of London, in 2010 and held teaching positions at various universities including the University of Oxford and the LSE. My first research project looked at the new virtual intimate spaces opened up by mobile phone communication in Mozambique and examined the everyday struggles of young people through the lens of their mobile phone practices. I have also conducted research on human-plant relations and am finalizing a project on cement and prosperity in Africa. I’m the author of Mobile Secrets. Youth, Intimacy and the Politics of Pretense in Mozambique (University of Chicago Press, 2017) and the co-editor of Africa: Journal of the International African Institute.

Most of my publications can be downloaded here.